Natalie Cortez has nailed the role of her dreams. Still, the 29-year-old actress is auditioning eight times a week for a spot in the chorus of a Broadway show.

Why? Because Cortez stars as Puerto Rican Broadway hopeful Diana Morales in the revival of "A Chorus Line."

"I was such a New York kid. Such a train person, a museum person and a Broadway person," says Cortez, whose French mother and Argentine father regularly took her to Broadway shows as a child.

"My favorite show was 'Cats,' but my sister loved 'A Chorus Line,' and we always listened to the music at home," she says.

She joined off-Broadway productions "Fame on 42nd Street" in 2004 and the following year "Mambo Kings" — which never made its expected Broadway debut.

"I've had a couple of big heartaches in this business," she says.

When the revival of the Tony and Pulitzer Prize-winning "A Chorus Line" was announced in 2006, Cortez was offered the role of Diana, a dancer from the Bronx.

"I wanted the role. I wanted people to view Diana as a fighter and not a stereotype," Cortez says.

But she also saw the role as a bit of a stretch.

"I saw her as tough and ghetto, and I didn't see myself that way at all," says Cortez, who summered in France with her parents as a child.

"But Priscilla López, who played Diana in the original production, was also not 'ghetto,' so that kind of changed my mind, and I thought, 'Maybe I can do this.'"

Sporting a silly costume — a lavender-and-green leotard with a light velvet green-and-red mock turtleneck sweater — Cortez shows off her soft but forceful falsetto and her dancing abilities during her two solo numbers, "Nothing" and "What I Did for Love."

Cortez is scheduled to end her run as Diana at the end of July to explore other opportunities in theater.

"Someone else," she says, "should get the opportunity to play this great character."

After understudying the part, Natalie Cortez has mambo-ed her way into the leading role of Sharks girl Anita in West Side Story, and she invited Broadway.com to come check out her new digs at the Palace Theatre. “It’s the biggest dressing room I’ve ever had,” the dancer tells us. Cortez made her Broadway debut in the 2008 revival of A Chorus Line, and her dressing room at the Palace Theatre is filled with mementos of family and fans. Join us as we take a closer look.

Photos by Jenny Anderson for Broadway.com 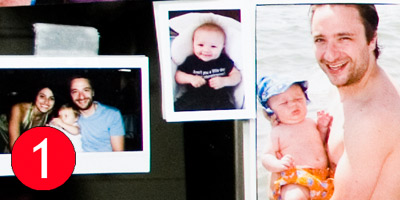 "This is a collage of photos I always keep. There’s one of my mom and me when I was a kid, one of my stage debut at the YMCA Nutcracker—I was a mouse—when I was 4 or 5, my husband and my son from last summer, and a photo of my sister, my mom and me." 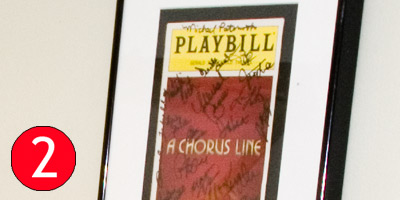 "This is my Chorus Line playbill, signed by all my castmates from the show, which I love." 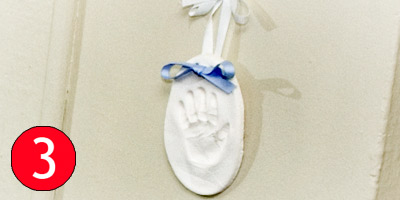 "This is my son’s handprint. His name is Jake, and he’s 15 months old now. It’s something I always keep with me." 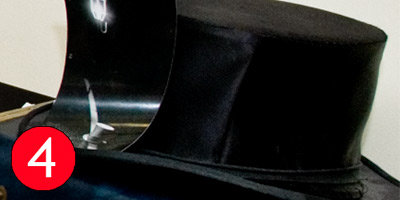 "This is my rehearsal hat from A Chorus Line. Well, it’s called the rehearsal hat but it’s not; it’s actually the show hat for “One,” and it pops out. I love it, and my son really loves it." 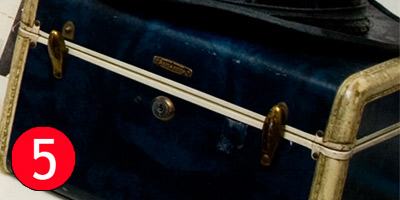 "My grandmother was a hair stylist for 50 years at Lord &Taylor, and this is her old makeup case that she gave me. I keep all my fan letters in it. I never throw away fan mail; it’s precious. You never know when you’re gonna get it again! So, that’s where I keep it, and it makes me feel good on days when I don’t feel so good about myself."

Sours: https://www.broadway.com/buzz/153729/west-side-storys-natalie-cortez-shares-where-she-gets-her-kicks-at-the-palace/
Babbling by the Brook - Episode 17 - A West Side Story Reunion

After playing Anita on Broadway (and all around the country in various productions), Natalie Cortez reprises her signature role in Paper Mill Playhouse's acclaimed West Side Story

BroadwayBox caught up with the A Chorus Line revival star to hear from her about the three most important building blocks she used to create her vivid Anita.

That’s a big house because the first thing is love. Love is important with every character. Every character in [West Side Story] has a love interest—whether it’s Riff who loves Tony as his friend, or Anita who loves Bernardo or who loves Maria as a sister. Love is the reason for everything. That’s a direct quote from Arthur Laurents, who reminded me of that. It all starts from love, and that’s the sad thing about the show. You have to get to a love so deep.

What I do for iconic characters is I justify everything. Don’t just sing a high note. She sings a high note because she’s loud. Why is she loud? She comes from a loud family. She’s had to speak up, she has 10 brothers and sisters. Nothing in the script is ever wrong so you have to justify it. Where does this come from? In my world, Anita comes alone to The States and clings onto Bernardo’s family. Then I have a whole story about what happened back there [in Puerto Rico] and why she can’t go back.

You only have until Sunday, June 26 to see Natalie Cortez's Anita in Paper Mill's 'West Side Story'.

Leaving Lyudmila only in her underwear, she herself got rid of her short one. The whole next day, the dear was preparing for the evening. Phoned, she talked about something with Lera for a long time, shutting herself up in the bathroom.

Mmm - I mumbled. It is now clear what the ball is in my mouth. Yes, I know you cannot speak. This is for now. Do not worry.

Over the years, she blossomed, despite the devastation that captured her heart, like a wild scarlet poppy that crawled out from under the stones cracked by. Time to meet the sun and wind. The daughter grew up, became a beauty, all like a mother. But, maternal love, generously poured out on the child, made her an open selfish. Lilya satisfied all her whims.