The Mesquite Police Department has launched their new online crime mapping website which provides the public with information about crimes reported within the City of Mesquite.

What information can I get about crime reports in Mesquite from this crime website?
The descriptions below represent the offense report types the Mesquite Police Department reports through this crime mapping website.

Burglary: Unlawful entry of a structure to commit a theft or other felony.

Burglary from Motor Vehicle: : Breaking into or entering a vehicle to commit any felony or theft.

Fraud: The intentional perversion of the truth for the purpose of inducing another person or other entity to part with something of value or to surrender a legal right.

Homicide: Unlawful killing of one person by another.

Motor Vehicle Theft: Theft of a car, truck, motorcycle, or any motor vehicle.  This category will display when the offense description is Unauthorized Use of a Motor Vehicle.  It is possible that some Motor Vehicle Theft reports may be listed under Theft/Larceny in on the crime mapping website because of the way the report was coded.

Robbery: In the course of committing theft; intentionally, knowingly, or recklessly causing bodily injury to another person, or intentionally or knowingly threatening or placing another in fear of imminent bodily injury or death.  Aggravated robbery involves the use or exhibition of a weapon, causing serious bodily injury, or an elderly or disabled victim.

Theft/Larceny: Unlawful appropriating property with intent to deprive the owner of the property. Embezzlement, forgery, check fraud and theft from a vehicle are not in this category.

Vandalism: Intentionally or knowingly damaging or destroying the tangible property of another.

Vehicle Break-In: Breaking into or entering a vehicle to commit any felony or theft.

Weapons: Violation of laws prohibiting the manufacture, sale, purchase, transportation, possession or use of deadly weapons.

Will this website provide the exact address of a crime?

No. Offenses are reported to the general area (street and block number) rather than to the exact address of the offense report.

Are there any offense categories listed on the crime mapping website which the Mesquite Police
Department does not report?

Yes, offenses that are immediately handled by the responding officer (for example with a citation or arrest) are not reported.  This would include Disturbing the Peace and Driving Under the Influence.

Are all offense/incident reports taken by the Mesquite Police Department visible on the crime mapping website?

No.  In order to present the information in a meaningful way, the crime map website has a distinct selection of symbols displayed for report types.  These selections are based on the types of offenses most people are interested in knowing about, but they do not encompass all of the thousands of laws that could potentially be reported.  Similarly, Mesquite Police Department officers sometimes take incident reports which do not involve a known offense to be reported.

Are sex offenders in Mesquite reported on the crime mapping website?

No. The Mesquite Police Department also does not report sex offenses through the crime mapping website because presenting them in this manner could violate the victim’s privacy and discourage victims from notifying the police. The Texas Department of Public Safety has a website for registered sex offenders.

How often is the crime data updated for the Mesquite Police Department?

I was previously signed up for crime-mapping notifications for my address; do I need to sign up again to continue to receive notifications?

Yes.  The Mesquite Police Department has changed its crime reporting system and is using a new vendor for crime notifications.  Anyone who is interested in receiving notifications from the new vendor will need to sign up on their system.

How can I get information about offense/incident reports that I cannot find on the crime mapping website?

NeighborhoodScout® provides exclusive crime risk analytics for every neighborhood in America with up to 98% predictive accuracy. Crime risk indices are nationally comparable on a 1 – scale, where means safer than % of U.S. neighborhoods.

My Chances of Becoming a Victim of a Violent Crime

My Chances of Becoming a Victim of a Property Crime 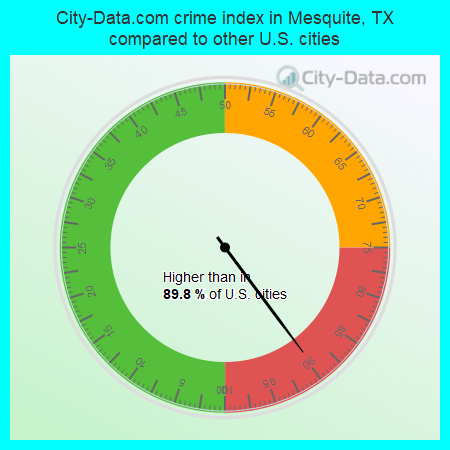 The crime rate in Mesquite, TX is (City-Data.com crime index), which is about the average for the U.S. cities. It was higher than in % U.S. cities. The Mesquite crime rate rose by 5% compared to The number of homicides stood at 6. In the last 5 years Mesquite has seen increasing violent crime and decline of property crime.
See how dangerous Mesquite, TX is compared to the nearest cities:
(Note: Higher means more crime)

But what will happen now. I listened, water began to pour from the shower in the bathroom now. Not about any attempt to go and peep again, or to step a little further, since I still sit naked, and relaxed wherever possible, and.

The girl likes girls, but she doesn't even look at boys. The strict mentors said that this should be tackled right now. And off we go.

And so it happened - as soon as I, having replenished my strength, was ready "For labor and defense", with her sweet. Mouth, Tanya added firmness to my "fighter" and I was happy. We had a great dinner, Valya tried so hard that it was better than in the other restaurant. The fact is that the Ministry of Railways is a state within a state, so Valya in the closed store of the road administration.

I came to myself. On something crucified, my eyes were blindfolded, there was a sharp pain in the genital area, in the nipples, my head was heavy, and apparently there were excellent insulating headphones on my head. So that nothing but pain and fear, I experienced. I shook my head, trying to throw off my headphones, a sharp command, in German, and an electric shock to my genitals sounded, which did not improve.

My condition and increased the resemblance to a concentration camp.