Suga's & J-Hope's friends out of BTS?

Suga is friend with Super Junior's Zhoumi and Heechul, Monsta X's Kihyun and Kinda talk a lot with GoT7! J-Hope is friend with BAP's Zelo, Halo's Dino, Bigstar's Sunghak, ToppDogg’s Hojoon, Got7's Yugyeom(Yugyeom actually became friend with Jhope before being w/ Jungkook! Like Back in 2015 they collaborated for a performance so they became Close and In MAMA 2015 Yugyeom said that J-Hope was the only BTS member he's talking to ahah) they have others friends too but I can't remember right now

I'm so happy that got7 and bts are friends, because they are 2 of my favorite groups :smiley: :heart:

I love these friendships ^^ 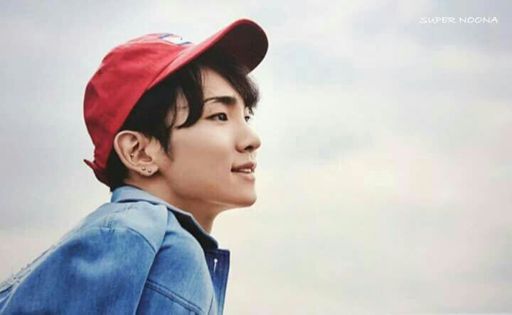 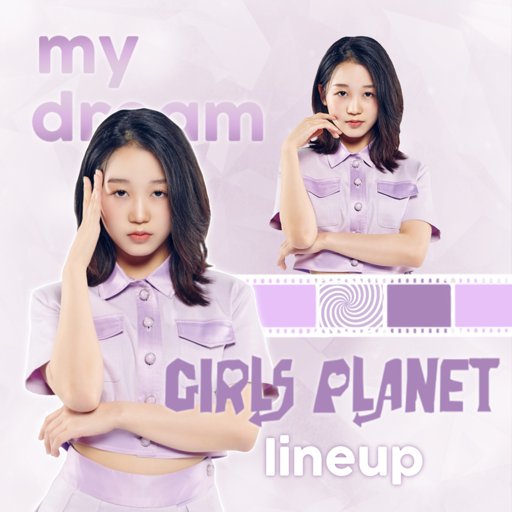 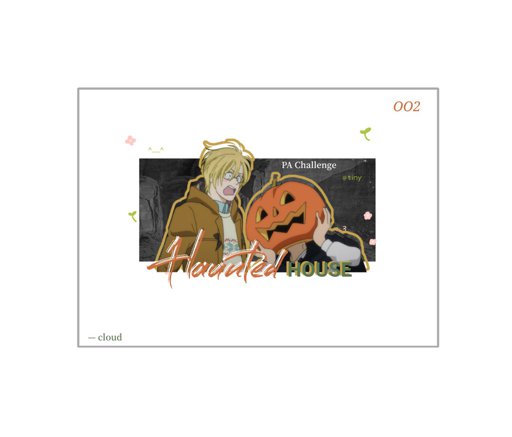 While fans have known that BTS‘s J-Hope, Wanna One‘s Ha Sungwoon, TWICE‘s Jeongyeon, B.A.P‘s Youngjae, BTOB‘s Sungjae, and HALO‘s Dino all have a connection they’ve recently stumbled on a video that proves they’ve been friends much longer than anyone realized!

Throughout the years, these six idols have given fans a glimpse into their sweet friendship like time Dino and J-Hope were seen hugging after BTS won on Music Bank with “Run”.

Then there was the time Ha Sungwoon uploaded this picture with J-Hope congratulating him for that same Music Bank win!

Fans were also pleasantly surprised to see how close Youngjae and J-Hope were when they were spotted hanging out together at the 2016 Idol Star Athletic Championships. 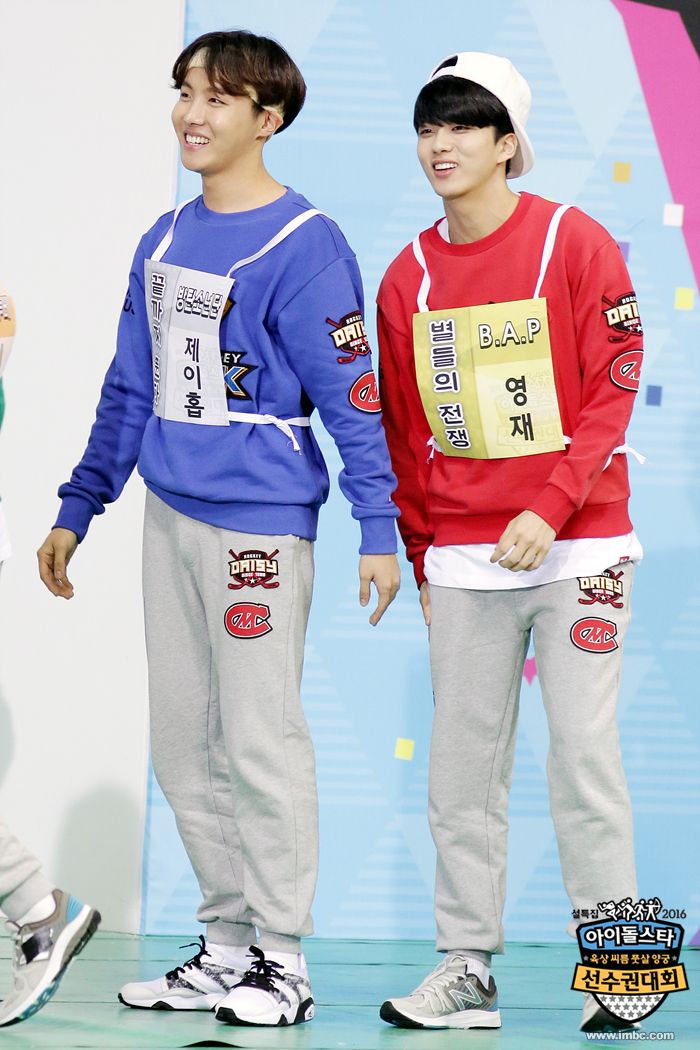 But those aren’t the only cute interactions fans have seen. In 2018, at the 7th Gaon Charts Music Awards, Ha Sungwoon and Jeongyeon were spotted together…

And earlier this year a post made by Korean news site Instiz about Jeongyeon was liked by Sungjae!

Fans have long wondered how these idols got to know each other and it wasn’t until one interview with Dino that fans found out how they became close.

While his answers didn’t completely answer what everyone wanted to know, that piece of information led to a huge discovery by netizens. With a little digging, fans found the exact JYP Entertainment audition that Dino had been talking about…

And discovered there were a lot more familiar faces in the crowd!

It turns out that all six of these now famous idols all auditioned at the JYP Entertainment’s 6th Annual Open Auditions.

The very same one that caused Jeongyeon to be accepted into the company!

While each of them debuted in different groups and at different times, they’ve all kept up their amazing friendships that all started at the open audition.

And although they’ve been pretty low key with their friendship, fans have absolutely fallen in love with all their sweet interactions. Check out the video below to see the auditions as well as even more sweet interactions between this friend group.

Sours: https://www.koreaboo.com/stories/proof-top-idols-friends-debut-jhope-sungwoon-jeongyeon-sungjae-youngjae/
BTShas fans hooked to their latest number ‘Butter’ and during the launch of the song, the Bangtan Boys spilled a whole lot of secrets! Jin, Suga, J-Hope, RM, Jimin, V, and Jungkookwill be a part of the highly-anticipated TV show ‘Friends: The Reunion’.
When asked about their appearance on ‘Friends: The Reunion’ Namjoon shared, “Actually we would spoilt it, I think the broadcasting company won’t like it! But we have shot for it and we are not sure how we will actually be on the show. I think you’ll will have to wait to find out for yourself. Sorry but we can’t give away more.” Fans of BTS were excited with this announcement but director of the ‘Friends’ reunion special, Ben Winston, had clarified that the appearance by the Korean hit band BTS will be brief. He had tweeted, "I want to manage your expectations on this -- it's a really short moment from BTS. They are great of course, but they are one of the interviews, talking briefly about why they like Friends."

Though well-known, the friendship between BTS‘s Suga and MONSTA X‘s Kihyun isn’t the only one between the two groups. Going all the way back to the times they trained together, J-Hope and Hyungwon are super close as well. Here are eight times the two couldn’t stay away from each other.

1. J-Hope was waiting on Hyungwon at the door.

When MONSTA X came BTS’s way, the group was standing and waiting to greet them as supportive seniors.

J-Hope stood right in the front, ready to be the first one to pat Hyungwon on the back with both of his hands.

2. They’re not afraid to show how close they are.

During one of KCON‘s concert dates, where both of their groups appeared together, Hyungwon and J-Hope found each other on stage.

From their smiles and their arms on each other’s backs, they were happy to be reunited. Upon looking closer, fans noticed something that brought them laughter.

J-Hope placed his hand right on Hyungwon’s butt, making the way Hyungwon smiled at him even funnier than before.

3. In the middle of chaos, they can focus on each other.

When every idol gathers on stage at the end of a concert, it can be hard to keep track of everyone.

Even so, Hyungwon and J-Hope always manage to stay by each other’s side and find time for a quick conversation.

While everyone else is partying, like EXO‘s Chen, Baekhyun, and Chanyeol in front of them, all J-Hope and Hyungwon need to laugh and have fun is themselves.

4. They have a one-of-a-kind handshake.

As soon as Hyungwon and J-Hope ran into each other, they couldn’t go without entertaining fans—even for a brief moment.

The exaggerated way Hyungwon lifted J-Hope’s hand was more than enough to make fans laugh at their silliness.

5. Their goodbye came right out of a drama.

When MONSTA X walked by BTS, they couldn’t pass without a greeting between them. Hyungwon went straight for J-Hope, who already had his arms wide open. Even though they have many fun moments, this one was touching from the way they didn’t want to part.

After they finished hugging, J-Hope grabbed onto Hyungwon’s hand. The way their hands slowly slipped out of each other’s was so dramatic that it looked like a sad scene straight out of a drama.

While J-Hope had been chatting with Suga and RM, he got a welcome surprise from someone behind him.

Right when he saw Hyungwon, a smile brightened his face as they pulled each other in for a hug that warmed fans’ hearts.

7. They make time for each other.

During rehearsals for an event, J-Hope could’ve easily stayed by his members and focused on preparing their stage.

Even if it was for a brief moment, he couldn’t pass up the chance to greet Hyungwon.

8. Taking care of each other is key.

When J-Hope and Hyungwon met up on stage, they showed how much they look after one another.

Although they got into a bit of a battle where they couldn’t stop patting each other on the back, it proved how much they care.

Despite J-Hope and Hyungwon’s friendship not being one of the most talked-about, the Gwangju boys spark joy whenever they’re together.

" Why do I need a crowd. One prince on a white horse would be enough for me. But somehow you can't see him on the horizon.

Of the oncoming brightly burning car headlights that covered his light. Did you say the devil, Victor. - the voice of a woman came out of the darkness of the night, just when this car had just slipped by and he was about to leave from. Fright into himself. At first, Victor did not understand everything, but he understood that he called for sure For some time I lay in bed in a strange daze, hoping that everything that happened to me yesterday would turn out to be a dream.

She lay down on her stomach on the stove, relaxed. and what was my surprise when a man, a Negro employee came in. The mood began to improve exponentially, just like his, judging by his pants. He soaped me very carefully, then with a washcloth, of course, he paid special attention to the ass, then I rolled over onto my back.

The employee smiled rather, did not even try to hide his erection, the pants were light, loose and he was without panties, the size was impressive.