Years ago, stay-at-home mom Amy Errett was at a crossroads. Gas prices were high, car payments were excessive and the trips she was taking weren’t worth having to pile into her family’s SUV. It wasn’t long before she began looking into buying a Neighborhood Electric Vehicle, a souped-up golf cart, to handle the day-to-day jaunts.

Soon, she found her match: A six-seat T-Sport Cart, with room enough for her husband and three kids. Errett’s family switched over to one gas vehicle and one electric cart within the last year. But in order to buy their ride, the family had to head to Costa Mesa.

Now Errett is the owner of E3 Vehicles at 500 Carnelian Ave., Suite 102, preaching the gospel of neighborhood electric vehicles to the people of the Beach Cities.

Once entrenched in the world of medical sales before leaving to raise her family, Errett was feeling the itch to dive back into business. A bit of research proved to her that the market for Neighborhood Electric Vehicles, such as the cart that she owns, is widely underserved in the Beach Cities.

The South Bay Council of Governments found as much to be true in their assessment of NEVs, published in June 2013.

Over a period of 30 months, SBCOG researchers found that most trips taken by the study’s 51 participants from around the Beach Cities ran between one and three miles. That distance, the study says, is “too long to walk and too short for transit but ideally suited for NEVs.”

The study also cited a 2013 order by Governor Jerry Brown, who directed state officials to push the Zero Emission Vehicle market forward, targeting a ZEV population of 1.5 million by 2025. “Neighborhood electric vehicles could become part of the mix that helps meet the goal,” the study said.

“There’s no doubt that it helps you reduce your carbon footprint,” Errett said. “But there’s also a big sense of pride that you get in going electric — it feels good to know you’re doing your part to save the environment.”

There are limitations to the vehicles. Their top speed is restricted at 25 m.p.h., and they’re limited to traveling on streets where the speed limit is 35 m.p.h. and under. The range for vehicles varies. Errett’s six passenger T-Sport tops out at 20 miles on one charge. To reach full charge from 30 percent takes about four hours.

Plus, it can be difficult for an NEV novice to shake the feeling of being exposed when surrounded by thousands of pounds of fast-moving steel and aluminum only a few feet away — particularly when there are no doors or windows providing a barrier on the stock models.

“It was a huge change, but with the wind blowing and the open air, it feels like driving a convertible,” Errett said. “Initially, it was uncomfortable because of the attention, people taking pictures and all that, but now I like it.”

E3 has few competitors in the area. The nearest other NEV dealers are in Long Beach and Santa Monica, with another golf cart-specific dealer in Gardena. For now, they’re taking their roll-out slowly, placing vehicles in their business’s driveway and on the street, drawing looks from curious passers-by. E3 also had vehicles at Fiesta Hermosa, with a prize drawing for weekend vehicle rentals.

“We’ve just been organically opening doors, seeing what traffic we’re getting — nothing too crazy yet, we just want to see how it goes,” Errett said.

Errett was on the last leg of a drive in her business’s Hummer-styled electric cart, headed toward Beryl Street on Catalina Avenue, when a man in the next lane rolled down his window.

“That’s so cool,” he yelled, smiling wide as he gave the ride a once-over before he drove off.

“See? People love them — they really, really do,” she said. 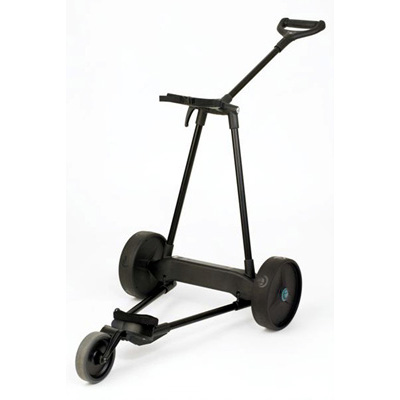 The CEO and founder of E3 Vehicles shares why NEVs are great for the environment and perfect for the South Bay.

Several years ago, when gas prices were unusually high, Amy Errett felt a pressing need to let her gas-guzzling SUV go. She’d seen other locals driving neighborhood electric vehicles (NEVs)—picture a golf cart with aspirations of becoming a sports car—around Manhattan Beach. She decided to embrace the green movement and pick up a more practical, eco-friendly vehicle for neighborhood outings.

“I couldn’t find one that could accommodate my family,” says Amy, adding that she and her husband have three children. Finding a NEV with enough room was challenging enough, but finding a local NEV dealer proved to be a bit more difficult—she wasn’t able to find a dealer in the South Bay. Eventually she was able to pick up a six-seat NEV from a dealer in Orange County.

Amy, who was in the medical device sales industry before deciding to become a stay-at-home mother, thought that the South Bay was an ideal market for the NEV. She did a little research to see if she was on the right path and came across the South Bay Cities Council of Governments’ Report, published in 2013.

Over 30 months, 51 households participated in an assessment of NEVs and provided information on their experiences with the vehicles. SBCCOG researchers noted in the report that the “development pattern of the South Bay consists of many horizontal mixed-use neighborhoods where most trips are between one and three miles.” A two- or three-mile walk is a long way on foot— especially when you’re hauling groceries—but it’s an ideal range for bicycles or NEVs.

The South Bay, it turns out, is a great fit for NEVs. Amy then decided to found her own NEV business, E3 Vehicles, in Redondo Beach. They opened their doors last September.

Though ranges can vary depending on the number of passengers, E3’s NEVs have a top speed of 25 mph. They’re also limited to traveling on streets that are 35 mph or under, and they can travel roughly 20 to 25 miles on a full charge.

“They’re great for reducing your carbon footprint, and they’re smaller than your average vehicle so they’re much easier to park,” she says. Due to their low speed and easy handling, she notes that they also make for an ideal first-time vehicle for a teenage driver.

Amy doesn’t plan on stepping away from the NEV lifestyle anytime soon. “It’s been a great way to save on money,” she says, adding that she likes to take her personal NEV to the beach. (She points out that you can load a surfboard on a NEV.)

“They are completely compatible with the South Bay beach lifestyle,” she says. “They just work perfectly for our community down here.”

The girl's back was soft, and the soapy washcloth slid easily over it. I went down below my back. No resistance.

End of advertising. So, DD and Anna enter the room. The referee's whistle, the meeting has begun. We see how our heroes first sit down at the table, take a breath, tired of the July sun of the southern city.

Almost immediately she was tied up, and it was not the police who did it, but the bogey bodyguards. Freak, I will. Sue you, you will rot in prison, - wildly, at the limit of possibilities, she shouted in his direction - without a single cent in her pocket, you hear me, I will sue, no matter how rich bastard you are.

For half an hour we sat with the girls at the table, after which we smoothly moved to the sofa in the room. I took out a new deck of cards that I had bought with the wine, shuffled it, and handed it out. The rules are the same as last time, with the amendment that the loser has the right to recoup or put forward his counter conditions when the desire is.