[Shiloh Dynasty:]
I know you so well, so well
I mean, I can do anything that he can
I've been pretty...

[XXXTENTACION:]
I know you're somewhere, somewhere
I've been trapped in my mind, girl, just holding on
I don't wanna pretend we're something, we're nothing
I've been stuck thinking 'bout her, I can't hold on (I'll be feeling)

I'm in pain, wanna put ten shots in my brain
I've been trippin' 'bout some things, can't change
Suicidal, same time I'm tame
Picture this, in bed, get a phone call
Girl that you fucked with killed herself
That was this summer when nobody helped
And ever since then, man, I hate myself
Wanna fuckin' end it, pessimistic
All wanna see me with no pot to piss in
But niggas been excited 'bout the grave I'm diggin'
Havin' conversations 'bout my haste decisions
Fuckin' sickenin'; at the same time
Memories surface through the grapevine
'Bout my uncle playin' with a slip knot
Post-traumatic stress got me fucked up
Been fucked up since the couple months they had a nigga locked up

Thanks to serenity for correcting these lyrics.

Jocelyn Flores was a friend of XXXTENTACION. She committed suicide in May 2017. He explained, "It was a devastating situation to deal with, it fucked me up so bad to where I wasn't on social media for the last few days unless I was addressing something that I needed to. I never thought I would feel something for someone I barely knew that would fuck me up so bad just because I came from it."

XXXTENTACION uploaded a snippet of this song on his Snapchat story on the 5th of August 2017.

XXXTENTACION's song "Revenge" has dedication to Jocelyn Flores in its SoundCloud description: "Rest in peace, Jocelyn. I will have my revenge upon the world."

"Jocelyn Flores" is a song written and performed by American rapper XXXTentacion. It is the second single from his debut studio album 17. It was sent to rhythmic radio on October 31, 2017, as the album's second single.

The song is dedicated to Jocelyn Amparo Flores, a 16-year-old native of The Bronx who later moved to Cleveland, Ohio. She flew to Florida to meet XXXTentacion and later committed suicide during the vacation on May 13, 2017. Flores' life and death have been subject to rumor and misinformation, which was addressed by a September 2018 article on The Daily Beast.[1]

XXXTentacion became infatuated with Flores after seeing her photographs on Twitter and first communicated with her on May 1, 2017.[1] He invited her to his state of Florida and hired her as a model for his Revenge clothing line and early reports mistakenly state that she was already a model and arrived in Florida purely for work, but she had not previously done such work.[1] Another girl was also staying with the rapper, and while he was out to attend his cousin's prom, a bag containing $7,000 in cash was raided; each girl blamed the other.[1] Concerned that the tension between the two guests would end in violence, XXXTentacion expelled both girls from his home and rescinded the offer for Flores to model for him; she checked into the Hampton Inn in Coconut Creek shortly before midnight and was found dead in the morning.[1]

XXXTentacion also dedicated the song "Revenge" to Flores shortly after she died.[2]

Flores' family members have had conflicting views on the use of her name as the song's title; some have felt touched and honored while others felt strongly offended by XXXTentacion not asking permission to use her name.

The song is built around a sample of producer Potsu's song "I'm Closing My Eyes", which includes vocals from Shiloh Dynasty.[3]

Jocelyn Flores is written in the key of Cm.
Open Key notation: 10m.

Modulation in Cm for musicians 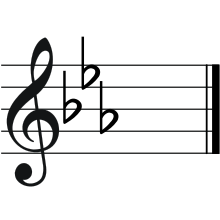 Harmonic Mixing in 10m for DJs

Find similar songs (100) that will sound good when mixed with Jocelyn Flores by XXXTENTACION. You'll find below a list of songs having similar tempos and adjacent Music Keys for your next playlist or Harmonic Mixing. 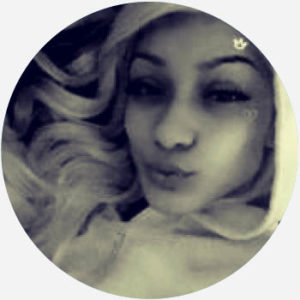 Jocelyn Flores was a young model who long struggled with depression, though apparently showed no outward signs until she took her own life in 2017.

Just before her death, Flores visited rapper XXXTentacion (Jahseh Dwayne Ricardo Onfroy). Shocked and saddened, XXXtentacion dedicated his May, 2017 single “Revenge” to her, using her suicide note as a cover image.

Though Flores had not been known to the general public at the time of her death, the song, and its treatment of suicide and grief, resonated with many listeners. Suicide was a topic that often haunted Onfroy. He wrote about his own challenges with it, but he also caused controversy when he posted an Instagram video in August, 2017 pretending to hang himself.

That video turned out to be a promotion for his album 17, which came out that August. “Revenge” was re-released on the album, which also featured a song called “Jocelyn Flores,” honestly discussing his friend’s death and his own struggles. It reached #19 on the Billboard charts.

XXXtentacion met more tragedy less than a year later, when he was shot dead in June, 2018. His fans took to social media to express their sadness, some hoping he was reunited with Jocelyn Flores.

Kept her in the trunk, her arms and legs became numb, it was scary, but she liked it. Finally they dragged her out of the trunk and immediately put a bag over her head. Then they dragged him into some room. It was clear from the creak of the doors. She was laid on what looked like a massage table.

Everything with Lyuda was fine, we loved each other with unrelenting desire, and since we decided to abstain from children for now, Lyudmila, on the advice of a gynecologist. Began to take pills. What was described in the first part did not lead to pregnancy, and we decided not to rush things. Sexually, our lives have.

You've looked damn feminine before, and with this makeup and underwear - very appetizing. Like a real little slut. Once again, sharply slapping my face, grabbed the chin, I looked into his eyes, like a devoted dog.